Home to the famous Las Vegas Strip, visitors to Sin City can shop to their heart’s desire while getting all of their steps in for the day. Or visit the different themed casinos of the Luxor, Circus Circus, and Venetian just to get started.

The city bills itself as The Entertainment Capital of the World and is famous for its mega casino-hotels and associated activities. It is a top three destination in the United States for business conventions and a global leader in the hospitality industry, claiming more Five Diamond hotels than any other city in the world.

The city is home to an extensive Downtown Arts District, which hosts numerous galleries and events including the annual Las Vegas Film Festival. “First Friday” is a monthly celebration that includes arts, music, special presentations, and food in a section of the city’s downtown region called 18b, The Las Vegas Arts District.  The festival extends into the Fremont East Entertainment District as well.

Red Rock Canyon National Conservation Area is just a 20-minute drive from the Las Vegas Strip. It has plenty of room for hiking and picnics and is open 7 days a week. Over 1.2 million people visit the natural Red Rock formations each year to witness the natural geological forms and see over 200 types of native wildlife.

Services we provide to and from Las Vegas, NV

We’ve transported over 200,000 air ambulance patients both domestically and internationally over the past 15 years. If you’re in Las Vegas. Our clients value our expertise and the outstanding level of patient care, as well as our commitment to service that goes above and beyond normal industry standards. we can provide the following services within a few hours, thanks to our strategically placed aircraft and medical flight crews:

Each of our Flight Coordinators oversees all logistical steps in the patient transfer process. A complete bed-to-bed transport is part of every service. Our fleet of aircraft includes our smaller size aircraft, Learjet 35, Learjet 55, and Learjet 60. These aircraft can go as far as 2,500 miles non-stop and carry up to 2 patients as well as 2 family members. In need of a larger aircraft, a Gulfstream V and Gulfstream IV, with as many as 12 family members available seats. Our fleet is available 24/7.

Las Vegas is home to very large medical centers, here are the top 3 hospitals for this city. 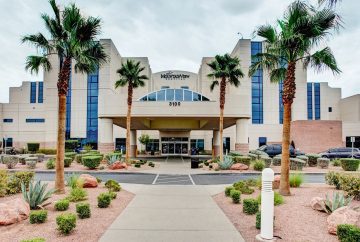 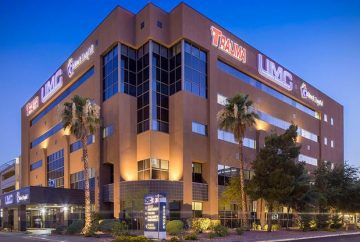 Desert Springs Hospital is a 293-bed acute care facility that has been providing quality healthcare to residents of Southern Nevada. The hospital has long been referred to as “The Heart Hospital” by residents, due to its solid reputation as a leader in cardiac care. The hospital offers 24-hour emergency services and is nationally recognized for its diabetes, weight loss (bariatric) surgery, cardiac, and stroke programs.

Here are the 3 major airports we serve for the city of Las Vegas. 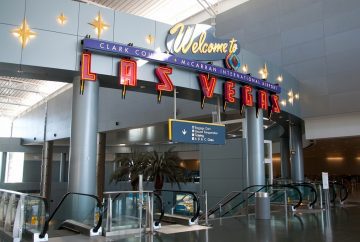 KLAS - McCarran International Airport is the main airport for public and military use in the Las Vegas. It is in Paradise, about 5 miles south of Downtown Las Vegas. The airport is owned by Clark County and operated by the Clark County Department of Aviation. 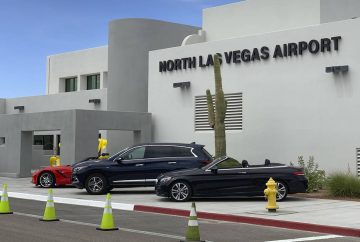 KVGT - North Las Vegas Airport is three miles northwest of downtown Las Vegas, in North Las Vegas. It is owned by Clark County. Known locally as Northtown, it is the second-busiest airport in the Las Vegas area and the third-busiest in Nevada. 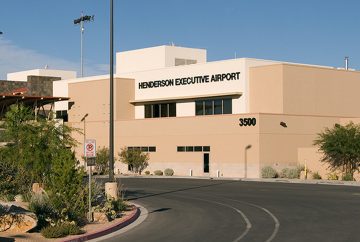 KHND - Henderson Executive Airport is a public airport 13 miles south of Las Vegas, in Clark County, Nevada. The airport is owned by Clark County and operated by the Clark County Department of Aviation. The FAA's National Plan of Integrated Airport Systems.